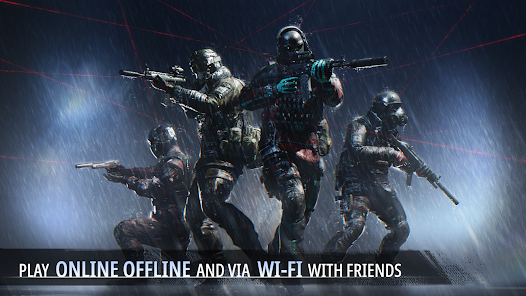 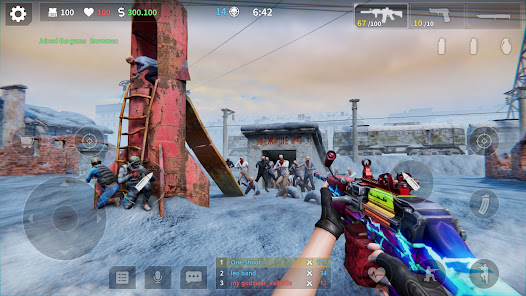 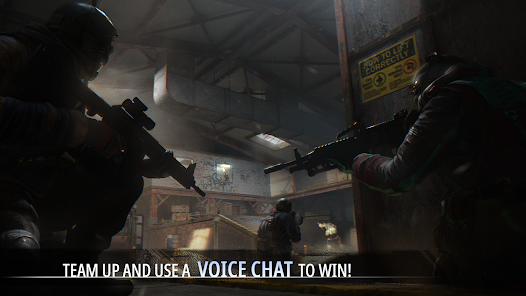 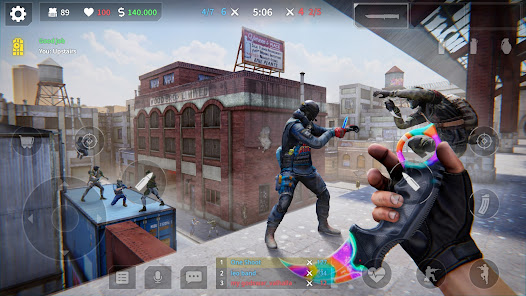 Shooting games apparently are in high demand nowadays. We’ve got many battle royale games running amok in the Google Play Store. But that could all change as Special Forces Group 3 is back with an improved content.

This is an action shooting game that brings back the classic FPS experience. Instead of a free for all experience, players can enjoy the classic modes and guns.

You can think of this game as a throwback to Counter Strike as it’s heavily inspired by that franchise. From the popular map De Dust to the weapons, everything has been improved from the first two games.

So, it’s not surprising that this game is seeing more than a hundred thousand downloads now. Fans of the franchise can expect more realistic graphics and controls that can take your shooting experience to the next level.

Offline – This is essentially the single player mode in which players can fight against bots. The mode features different subgenres which we’ll talk about later.

Multiplayer – For players looking for more challenge, they can take on Multiplayer. This is where you’ll face real people in real time. The stakes are high here because you can face tough opponents who don’t move in a rhythm.

LAN – For people who want to connect locally and play with friends, this is a good option. This is the local multiplayer where players just need to connect to a single WiFi router to connect.

WI-FI Hotspot – Similar to the LAN, here, the players will need to connect to the hotspot of one single player. This will allow everyone to be on the same server to play.

Under the main modes, there are subgenres as well:

Some of these modes are new and they’re fun to try. For instance, in the Knives mode, only melee weapons are allowed. There’s also the Classic Mode which is a team deathmatch with no respawns.

There’s also the nostalgic Bomb Mode where the Terrorist team will try to plant a bomb and the Counterterrorist team will avoid that. You can also try the Sniper mode where sniper rifles are the only weapons allowed. This should make for a fun battle especially in close quarters.

In true Counter Strike fashion, Special Forces Group 3 features many maps for players to enjoy. There are 40 maps that include the new ones. But the old ones have also been improved. Here are some of the best maps:

Each map has different characteristics and elements which should make for an exciting fight. For instance, the Snow features slippery and cold weathers. There’s also the Afghanistan where all you’ll be seeing is sand and many brown buildings and blown houses.

The variety of maps allows players to choose what they want to play without being bored.

The weapons are the bread and butter of the game. Players can buy different types of weapons like SMGs, pistols, assault rifles, sniper, machine guns, knives, equipment, shotgun and more.

Players will have the option to buy their weapons before the start of a game in each mode. They’ll be given a limited budget, and this will increase the more rounds they win and enemies they eliminate.

There are tons of new weapons to try in the game along with the old ones from the past two games. Here are the most popular choices:

Each gun has different recoils, magazine capacities, strengths, and weaknesses. For instance, shotguns are perfect for using in close combats for they spray lots of bullets. But they’re practically useless in long distance fights.

On the contrary, sniper rifles are the best for long range fights especially for campers. While pistols are a great secondary choice for weapons.

The game does a great job of introducing the Friends system where you can add your friends to the list. You can then easily invite them or join them when they’re playing.

There’s also a clan system where players can create a group and join one at a time. There are many benefits to having a clan such as the ability to team up with others, chat with people and climb up the rankings easily.

At the lobby, players can add others to their clan or friends list. They can also easily edit the list and remove unwanted players.

Most Realistic Graphics, Soundtrack and Controls

The game has improved upon its graphics in a subtle way. Originally the franchise started with marvelous graphics. Now, you can see a lot of shadows and the physics has improved too. The same is true with the soundtrack and the controls.

If FPS is your specialty, go ahead and try Special Forces Group 3. Unlock everything from premium characters to guns!

Special Forces Group 3 is a sequel to the world-famous action PvP shooter series SFG2. Hop in and join furious never-ending clash of of counter terrorists and guerilla fighters. SFG 3 brings nostalgia with familiar arenas, weapons and fighters on a whole new level of visual, graphics and technical performance. Gameplay is a fast, competitive and skill-based FPS just as you like it in SFG2. New progression system featuring top notch fighters and guns customization will keep you engaged even in the long run.